Bicycling is gaining popularity, but it is imperative to learn the rules for operating bicycles on public roadways throughout Utah to keep yourself safe from motorists. During 2012, it was reported that Utah had its highest bicyclist crash rate in a decade with 3.2 accidents per 10,000 people. About half of those in crashes were younger than 25 years old. During that year alone, the costs to treat bicyclists for their injuries resulted in hospitalization charges that exceeded $2 million.

Even the most cautious bicyclist could still be hit by a motorist. One of the best ways to prevent crashes is to follow your local bicycle laws.

The Importance of Wearing Helmets

While helmets are recommended because they are the most effective way to reduce head injuries, Utah is one of five states that have no bicycle helmet law. It is recommended that you wear a helmet when bicycling anyway. Helmets have been proven to reduce the risks of severe brain injuries by as much as 88%.

There are several laws that pertain to bicycling in the state of Utah. Understanding these laws will lower your chances of being involved in a crash!

If you stay familiar with bicycle safety laws and adhere to them, you can significantly decrease your chances of being in an accident. Make yourself and your bike visible by wearing bright colors and having reflectors located around the bike or on your clothing.

But What if You’re in a Bicycle Crash?

Even if you follow every bicycle law practice bicycle safety, the reality is that a motorist could still hit you. In the event you are in a bicycle crash, you should:

Even the safest riders can be involved in a crash, so make sure you stay alert and you are prepared to practice defensive driving, especially in intersections. Pretend you’re invisible and assume that every motorist can’t see you and can potentially hit you. With the right precautions, you will hopefully never have to face a crash!

*This article was provided by Personal Injury Help and was not written by an attorney, and the accuracy of the content is not warranted or guaranteed. If you wish to receive legal advice about a specific problem, you should contact a licensed attorney in Utah.

Article courtesy of Deanna Power of Personal Injury Help (http://www.personalinjury-law.com/). If you have any questions, feel free to reach out to her at drp@personalinjury-help.org

This site uses Akismet to reduce spam. Learn how your comment data is processed.

Photo of the day 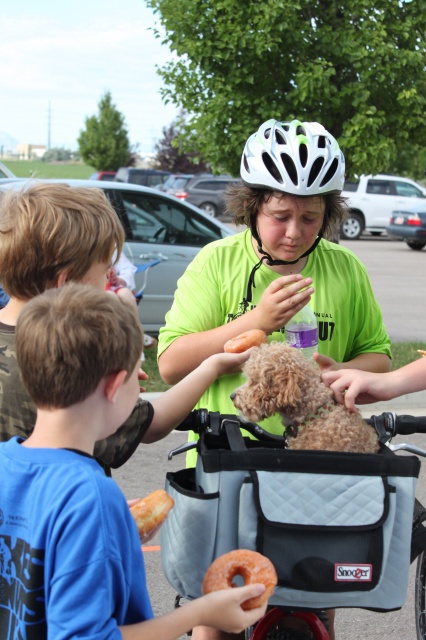