In 2008, the Rotary Club of American Fork, Utah brought the Tour de Donut concept to Utah as a “Unique” Fundraising Event for the Club’s local and international projects.  There were plenty of “rides” through out the state of Utah but nothing in northern Utah County.  Because of the uniqueness of this event, it was thought that this could become the premier fund raising event for the Rotary Club of American Fork.

Through a lot of hard work and the vision and efforts of a few people, the Rotary Club pulled off it’s first Tour de Donut.  We had people riding in costumes on Tandem Bicycles, Individual riders who used this event as a practice for other events, and of course, the “hard core” donut eaters. Many of the riders at one or two donuts just to say they did. Other riders did not eat any donuts but enjoyed the race. Yet others pounded down several donuts and participated in the event to its fullest potential!

All who participated had a wonderful time and the efforts of the Rotary Club paid off. We received a lot of good comments from those that participated in our first event.

The rides from 2008 and 2009 started off in the parking lot of Greenwood Elementary.  Our 2009 event cars packed the parking lot at Greenwood and lined the streets.  We knew that if we were going to continue the event, we would have to change locations.  So for 2010, we are at the North Pointe Business Park starting in the parking lot of Provo College.  There will be plenty of parking and room to host the event.  We are hopeful to have 500 riders or more in 2010.  With the help of the Lance Armstrong LIVE STRONG Foundation, Infinite Cycles,  and Elden – the Fat Cyclist, the word will spread and we hope to be overwhelmed with riders wanting to participate in this Unique yet fun event!

What does it take to be “King Donut”? Last year, our King Donut – Regan Fakrell – ate 28 donuts! We have heard that he is already preparing for this year’s race.  His target is 31! Are you prepared for the Challenge?

What does it take to be “Queen Donut”? Last year, our Queen donut at 12 donuts! Do you have what it takes?

We are always looking to improve our event.  in 2014, we procured the services of imATHLETE.com to handle our registration process. We have a new and improved website, we are implementing e-mail campaigns so that we can better communicate with past riders and new riders and those that are just interested in following the event. We also have a Twitter account and Facebook page.

Feel free to join in the “conversation” about Utah Tour de Donut on either location. Stay tuned for updates, and sign up for our e-mail list so that we can keep you up to speed on how this event progresses.

2015 was a great event! Happy for all the feedback and support. Chip Timing facilitated quick results. While the route had some issues, we look to fix some of those with a change in venue.

Donut King and Donut Queen stayed in the hands of Yasir Salem and Chanda Bellick!

2016 Will bring additional changes – we are changing our location and route. This will facilitate that all prior records will stand for the old venue. This is the year to set new records! We are changing locations to Lone Peak High School and the route will go Seven (7) Miles. We will also add a Junior Division for the younger riders so they are not required to ride the full route to be eligible for a podium finish for their division.

Photo of the day 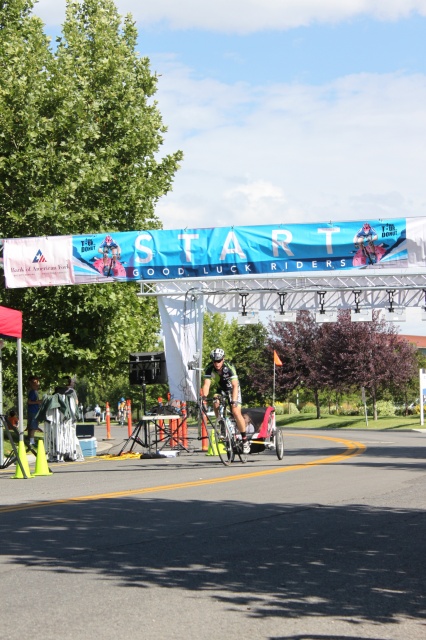